Fil Galiza
Boston, USA
Filip received his Bachelors of Science in Marketing and Economics from Cornell University. He heavily focuses on monitoring market trends, consumer behavior, and overall macro-economic changes and how they will impact human behavior. Outside of work Filip can be found traveling with his family, hiking solo in nordic countries, or helping out Habitat for Humanity. 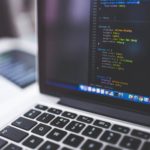 I Want a New Domain Name, but I Don’t Want to Lose My Google Position… 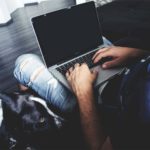 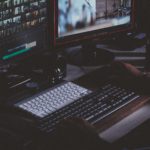 Getting More Out of Your Web Designer

One of my new clients was using a large discount hosting company and paying $5 a month for web hosting, seemingly a bargain indeed!  Big name hosting companies promise to pass on savings through “volume”.  What could go wrong?  After reading the small print, she discovered that the $5 per month charge was for first year only, and afterwords increases to $9 a month.  However, this increase is very minor when compared to the other possible disadvantages of “budget” web hosting.

Let me give you a bit of industry inside information as to why budget hosting may be problematic.  Budget hosts tend to cram a lot of web sites onto a single server.  When numerous sites are served to site visitors, the server starts to lag, often badly.  This lag translates into two critical problems for the budget host client.  First, visitors to the client’s web site will likely be annoyed and will tend to exit the web site.  Second, Google and other search engines keep an eye on site speed.  They will down rank the site’s organic position if it is on a problematic slow server.  A search engine’s aim is to provide visitors with the best possible performance in order to maintain patronage and competitive advantage.  As a consequence, they do not want to feature sites that are slow and frustrating.  Search engines keep track of average page load speed.  When they detect that it’s slow, a site’s overall organic score is downgraded, resulting in its placement in a less prominent position where it will receive significantly fewer views.

Overloaded budget host servers are prone to have spikes in site activity while their hardware is less than optimal for handling peak volume.  Often these spikes cause something critical to crash.  There is nothing worse than a site being down while the hosting company isn’t even aware that a critical resource is not working.  In my years of web development, I have seen large and well known web hosting servers go down for hours simply because the server administrators were not aware that a vital component malfunctioned. Often such a problem is not corrected until the site owner calls to complain that their site is “down”.

For the really bad crashes there is that $250+ “express help and cleanup” up-sell.  Budget hosts will not show you this option until it’s necessary, and that necessity with them seems to be rather frequent.  Should something go really wrong, you will likely end up on the phone with a sub-junior techie who will make a strong recommendation that you purchase their “express help – cleanup” solution.  And guess what…  even this often doesn’t work.

Do your homework and take a look at some hosting review sites (preferably more than one).  Find a host that has strong rankings overall, and offers more than just space.  I recommend getting these included in your account:  high bandwidth, unlimited email accounts, unlimited email forwarding, free SSL, automated backup functionality, strong Bruteforce and DOS security, and server performance monitoring.  You should pick up the phone and call their tech support!  See how much time you spend waiting before someone talks with you.  Call them few times during business hours and if you find yourself on hold for 20 minutes before someone picks up, maybe this isn’t the place.

As with so many things, you get what you pay for…